Is Cota Right for Your Business?

Ossia partners in the US, UK, and EU may now license Cota Real Wireless Power for commercial, industrial, and business uses, including non-residential logistics processes without any distance limitations.

Cota is the first certified system to deliver the highest level of radio frequency (RF) power without requiring a motion detector or an exclusion zone.

Ossia’s Cota Technology is the only wireless power technology certified for use at unlimited distance.

FCC Certified Under Parts 15 and 18

Current certification enables Cota to be marketed and sold in the U.S. without any distance limitations. Ossia is the first company to ever receive this approval for unlimited distance in the US.

This certification also demonstrates that Cota meets the standards set up by multiple international regulatory bodies.

Authorization under Part 18 means that Cota technology is authorized to use significant power—about 5W—to send power to devices at any distance.

Ossia has also met the standards to use the CE and UK (UK Conformity Assessed) marks on Cota-enabled products that send and receive power wirelessly, without any distance limitation, in the EU and UK.

Our FCC certifications include coverage of the Cota Forever Tracker™, our wireless power system that simultaneously and automatically charges multiple trackers in a commercial fleet without the need for cables, charging pads, or specific placement orientation. The CE and UK marks may be used on any Cota-enabled product, including the Forever Tracker.

The Cota technology FCC approval has key differentiators to any other approval currently on the market including:

In addition to the FCC differentiators, Cota technology is the very first RF-based non-line-of-sight, wireless power technology at-a-distance product to receive EU/UK Type Examination Certificates and that can bear both the CE and UK marks.

This FCC certification has commercial value for Ossia and its customers—it proves the core capabilities of Cota for wireless power delivery safely in the presence of people. This certification opens the door for future device and transmitter certifications on a range of devices and products our customers want to bring to market.

The first such approval and certification the FCC granted Ossia on October 3, 2019 is for its asset tracking system, the Cota Forever Tracker. The wireless power delivery for this system is certified under Part 18 of the FCC’s rules.

The CE and UK marks are available for use in commercial as well as consumer applications in the UK and EU.

Cota technology delivers the highest level of RF power over air, certified up to one meter using a Cota transmitter operating at 2.4 GHz. 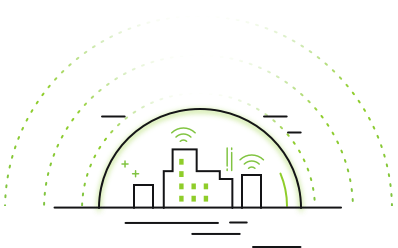 Cota Real Wireless Power delivers meaningful power to devices at a distance while meeting all of the FCC’s stringent Specific Absorption Rate (SAR) requirements for safety. The Type of Examination Certificates received from an EU Notified Body and UK Conformity Assessment Body confirm the Cota system’s compliance with the radio, emissions, immunity, and RF safety standards applicable under the EU Radio Equipment Directive and the UK Radio Equipment Regulation.

With over 102 patents globally and 224 active utility patent assets, Ossia has been developing Cota Real Wireless Power for many years. In addition, Ossia has garnered substantial investment and commercial traction from leading companies across several industries that have expressed interest in the application of Cota technology for their applications.

Explore the Benefits of Wireless Power

Always Charged Stop losing time searching for available outlets or waiting for the battery to charge. Link
Protecting the Earth No disposable batteries in that remote means a smaller environmental footprint. Link
Innovation New designs and development, features, applications, and interconnectivity are all possible with wireless energy. Link
Naturally Safe Cota’s energy, similar to WiFi, is naturally safe for family and pets, moving around us to charge your smoke and CO2 detectors. Link
No Outlets, No Messy Cords Power your food scale and other low-power kitchen gadgets wherever you want, wirelessly. Link
Personal Safety With Cota, alarms will never be low on power when we need them most. Link
Automatic Cordless vacuums will never lose juice again. Always powered, automatically. Link

Continuous Wireless Power Tablets won’t lose power, even when the kids are watching movies in the backseat. Link
Ready When You Are Cota powers devices only when they need to be charged and hibernates when not needed. Link
No Battery Waste Reliable key fobs that never need a battery replacement? Fabulous. Link
Built Right In The Cota transmitter can be built right into the vehicle’s dashboard, middle console, or side door panels to power any Cota-enabled device. Link
Reliable Alerts Sensors in this mirror will always have the power they need to alert drivers of an obstacle. Link
Wi-Fi Like Technology Just like WiFi, Cota energy finds multiple paths between the transmitter and receiver, like the one in this mirror. Cota enables real-time data transfer for the new “smart” features in the car. Link
Safe and Sound Vehicle sensors in the cabin or under the hood are charged and ready to alert and protect. Link

Simple Setup The tiny, chip-sized Cota receiver fits easily within mobile devices for easy integration. Link
Energy Saver Cota-enabled devices are charged automatically, and only when they need to be. Energy is not delivered when not needed. Link
Safe and Secure With Cota, smoke alarms will never be low on power when we need them most. Link
No Cables Required Optimally position security cameras in your office. Forget about running wires or cables everywhere or replacing batteries. Link
Real Wireless Innovation Keyboards, mice, and drawing tablets: free your design team from the constraints of replaceable batteries, ports, and cables. Link

Charge On! While shopping or at work, wearable health devices will charge automatically for uninterrupted tracking. Link
Reliably Ready Imagine what you could design if battery capacity wasn’t a limiting factor in handheld scanners. Link
Simple Integration The tiny Cota receiver integrates with a variety of devices for complete mobility and freedom. Link
Cable-Free Security Place security cameras anywhere, without complex wiring or cable installations and no need to replace batteries. Link 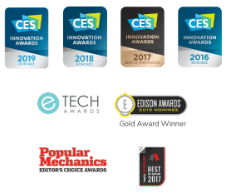 Let's talk about how you can leverage Cota Real Wireless Power for your organization and products.